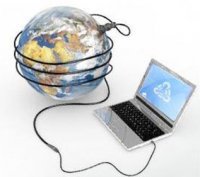 Next week my supervisor Geert Lovink will visit Oslo and the Department of Media and Communication to give the lecture “From Blogs to Wikileaks – on Critical Internet Culture” and to hold a masterclass on all things Web 2.0. I am sure it will be some very interesting days and I strongly encourage those of you in Oslo to come to the open lecture on Tuesday February 1. at Oslo Innovation Center where our department is located, from 14:15 – 16:00, room 205.

If we take a step back though, what seems to be at stake is the conception that neither philosophy nor media studies can get around philosophical reflections on media. This seems especially imperative in the age of medialisation (sometimes also described in terms of mediatization) and ubiquiqitous digital media. Although philosophical reflections on what we today understand as media is nothing new, just consider Plato’s Phaedrus, media has not traditionally been seen as an object of study for the discipline of philosophy. Maybe this shouldn’t be much of a surprise, as media studies itself is a rather new field of study. How could there be media philosophy before the concept of the medium was “invented”? On the other hand one only needs to consider the excellent article “Genesis of the Media Concept” by John Guillory (2010) to see that this issue is not that straightforward.

What is media philosophy?

So, what is media philosophy other than philosophy starting to take media seriously? As with philosophy in general, media philosophy is about conceptual work. It explicitly asks the metaphysical questions that media studies all to often seems to take for granted. What is a medium and how do they mediate? Is mediation a precondition for constituting something as a medium, or is it the other way around? Hartmann says, not media should be seen as the object of analysis, but the concept of the medium and the medial. Following a classic philosophical pursuit, media philosophy is also concerned with asking epistemological questions. How is the world given to us in a highly media saturated environment? In light of the strong discursive field of media materialism in the German-speaking realm after Friedrich Kittler, media are seen as materialities of communication that generate perceptual conditions . According to Christiane Voss (2010) however, media epistemological questions cannot be reduced to historical reconstructions of paradigmatic media shifts, such as those described by Kittler in for instance Gramophone, Film and Typewriter.

Maybe it is here that may detect some of the difference between media theory and media philosophy. For whereas the former is rooted in media studies and concerns about the supposed effects of media, often in relation to concrete media such as film, television, and the computer, media philosophy does not set out to offer a theory of the media in the same sense as much as it seeks to provide a platform for conceptual thought about the fundamental concepts and presumptions behind technical apparatuses more generally. Another difference seems to lie in the media themselves. Whereas one may say that each medium embodies a philosophy, a medium does not carry a medium theory of itself. Theory then seems to be about something, a proposition of sorts, while philosophy can be part of that which it attempts to say something about. As such what a medium is, its properties, ways of revealing the world, or transmitting something already contains another medium, if we are to follow McLuhan. This seems to also be Lorenz Engell’s point when he argues that media do not have to wait for philosophy in order to be conceptualized, they always already work on this conceptual work themselves (2010).

This brings us to the latest addition to the German-speaking discourse on media philosophy. Together with media historian Bernhard Siegert, Lorenz Engell is the director of the International Research Institute for Cultural Technologies and Media Philosophy (IKKM) in Weimar – one of the few successful institutionalizations of media philosophy. The latest themed issue of their Zeitschrift für Medien- und Kulturforschung (Journal of Media- and Cultural Research) puts a renewed emphasis on these debates.

Curiously enough the editorial starts out by saying: “The prominent and polemically voiced view that media philosophy is merely a passing fad is probably true”. Does it mean that the critics have won? Maybe. Hartmann himself was reluctant already quite from the onset to support the establishment of media philosophy as an academic discipline on its own terms, suggesting instead the usefulness of framing it as an interdisciplinary research platform described more fully in some of this later publications on Mediology. Then again Hartmann begins his contribution in the special issue journal by stating that there is no way philosophy can afford to ignore media any further. Christiane Voss, who is currently visiting professor at the Bauhaus University Weimar, is the only one of the seven articles addressing the question of disciplinary endeavours versus discourse more explicitly. There are still efforts to constitute media philosophy as an academic discipline so we are told, with the recent establishment of a research colloquium on media philosophy in Basel last June. Voss argues that media philosophy is necessary in its own terms as it seeks to deal with a whole set of different problems compared to traditional philosophy. As opposed to simply imitating philosophical historical approaches in which one seeks to write oneself into existence by the hermeneutical exercise of commenting upon existing canonical texts, media philosophy according to Voss is geared towards transgressing the categorical opposites of human and medium. In Voss’ account, media philosophy should be seen as an endeavour geared towards the perceptual and epistemological dimensions of the relation between media and the subject. What seems at stake then is the relationality of media and its different experiential outcomes.

So let’s get down to it, what is a medium? Continuing just a little while with Voss’ article, we may understand the medium in terms of affect. Voss holds that the medium is constituted qua affect. In a classic philosophical manner of aspiring towards necessary conditions and universals, affect is the one property that every medium shares. Media set something or somebody into motion and it is this quality that Voss sees as the precondition for the instrumental and autonomous character of media.

Dieter Mersch, whom I have mentioned here before, also locates the necessary conditions within the relational, or the in-betweenness of media. Medium, meaning middle, is taken to be the condition of possibility for all cultural practices, for as Mersch points out: “Humans cannot but mediate”.  Moreoever, a medium cannot be thought of independent from its medialisation (or mediation) and vice versa. In an etymological exercise for which the continental philosophers take a particularly liking, Mersch argues for a conceptualization of the medium in terms of both meta (in-between) and dia (poiesis or bringing forth).

Sybille Krämer, professor of philosophy at the Freie Universität in Berlin, contributes with an essay on a philosophical framework for understanding mediation based on figure of the messenger. According to Krämer, the medium presents something rather than representing. Emphasis is put on translation and transmission rather than creation and the constituting power as the primary function of media. Similarly arguing etymologically, Krämer calls out to constitute the medium as messenger as the figure of in-betweenness signified by the meaning of Mitte (middle).

The question that we need to pose regardless of whether we as media researchers identify or want to situate ourselves within the disciplinary boundaries of media philosophy is where we should go from here. How to lower the abstraction level a bit so as to make a media philosophical approach more feasible for more mainstream media studies?

One promising step here resonates with Engell’s argument in the special section discussed in this post. According to Engell media philosophy may also be understood as the philosophy that a certain medium already contains by its very materiality and relationality to previous media. Thus the media-philosophy of the film Engell asserts can be contrasted against a philosopher’s philosophy of the very same film. Such an approach also seems to seek dialogue with the research programs of cultural technologies and the kind of media materialism advocated by many of these German-speaking contemporaries. Engell’s essay observes the media philosophy of film through an analysis of Woody Allen’s Annie Hall, understanding the conceptual work done by comedy as contributing to a reflexion of the medium of film.

Rather than merely dismissing media philosophy as a fad or a decade-long trending topic, I think its endeavour should be taken quite seriously – especially within media studies. When Filk et al (2004) asked who’d need media philosophy more urgent, philosophy or media studies they posed an important question. Media studies needs philosophical thinking. Whereas the philosophy of technology has gained much traction within media studies, there still seems to be room for a philosophical approach that needn’t start with the technological per se. However, in light of ten years of debate circulating around the question whether media philosophy should be seen as a necessary sub-discipline of philosophy, the prospects of moving on to further disciplinary clearing between the sub-domains media theory and the philosophy of technology may seem a dim or pointless. On the other hand one may merely hope that the days of disciplinary debates are exhausted and that we may move on to more substantial analytical groundings.

Let me finish with reiterating some of the core questions that will be discussed at an upcoming media philosophy conference at Princeton in collaboration with the IKKM that I think may summarize quite well what kinds of questions that need to be asked – and analytically scrutinized by looking at the media-philosophy embedded within such contemporary phenomenon as social networking sites and other software-enabled media.  How do disciplinary epistemologies shape or impede our understanding of media? To what extent do media write and conceive of their own history and evolution? And what constitutes the materiality of a medium: its technological apparatus, the epistemic conditions of its gradual emergence and evolution?